This is the Sea 3 DVD 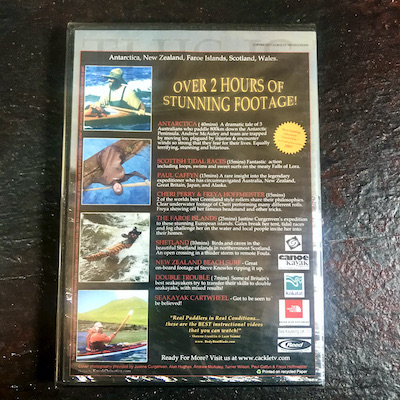 Featuring the 40 minute film "Epics In Ice" - the dramatic tale of 3 Australians who paddle 800 km down the Antarctic Peninsula in incredibly challenging conditions. They encounter winds so strong that they fear for their lives, they're trapped by moving ice and are plagued by injuries. This documentary is equally terrifying and hilarious as the team cope with their many hazards with good humor.  It's all worth it for the beauty and wildlife in one of the true last wildernesses.